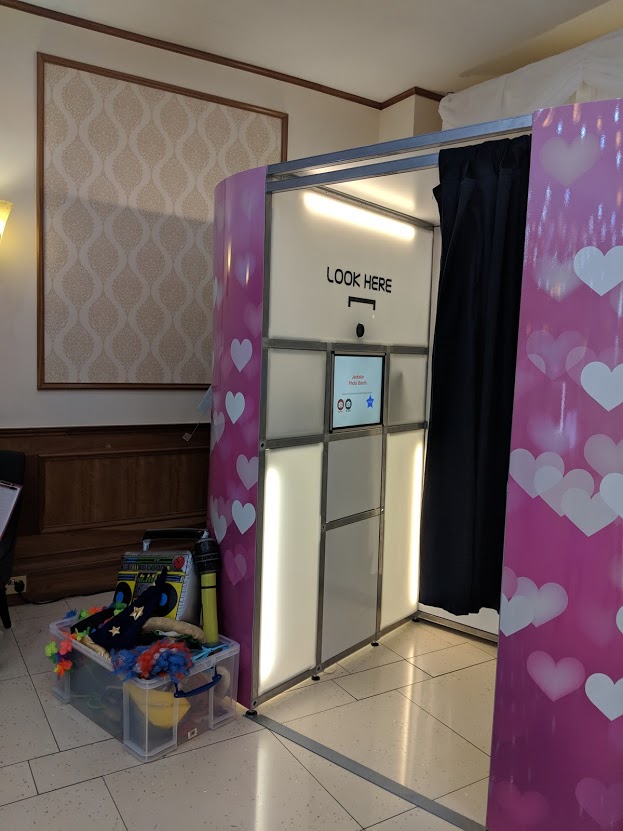 On Friday 9th January 2015 we took our photo booth to our first wedding reception of the year, which was held at the John Fretwell Centre, Mansfield in Nottinghamshire.

Jennifer and Garry got married at the end of 2014 in sunny Mexico,and a month on they held their wedding reception to share with friends and family.

Prior to the event we spoke with the newly married couple and put together their personalised print designs. As they got married in Mexico they chose a Mexican themed print. On the night itself team members Jack and Ben set up the booth ready to be open at 8pm. The Jackstar photo booth was as popular as ever, with all ages partaking in the fun! Images from the night have been uploaded onto our Facebook page.

A few days later we were very excited to receive an e-mail from the couple:

Hi Louise
Just want to thank you for last night and the lads who were there, the photo booth was so popular and everyone enjoyed themselves. I will definitely recommend your company to friends and family
Thank you once again


Congratulations to Jennifer and Garry from all at the Jackstar team. Xx