Looking for a unique wedding venue? We’ve found it! 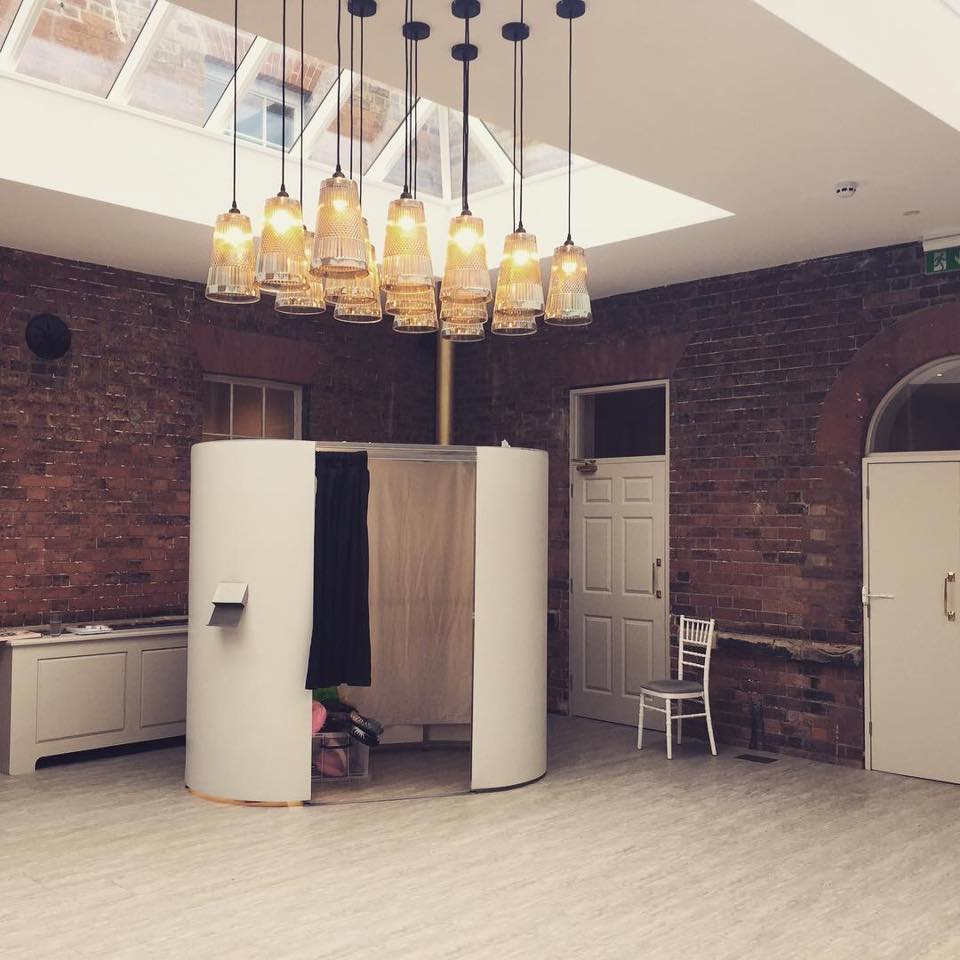 On Saturday John and I went on a road trip to Manchester with our white LED dance floor and photo booth. As usual the SatNav had a slightly different idea of where our venue was, but it only took a matter of minutes to work out where we needed to be thanks to the spire on the top of the building! The Monastery in Manchester is a truly unique venue, and inside is stunning.

As the grooms took their vows inside the Monastery we quickly unloaded the van in a marquee attached to the side of the building – this was our holding point until the ceremony itself finished. After the ceremony the guests made their way out into the court yard area where they were able to have drinks in the sunshine. Meanwhile John and I set-up the photo booth and the white LED dance floor – and despite a tight turn around time, we walked away with 20 minutes to spare! As the room was being turned around for the wedding breakfast which would then roll on to the evening reception the dance floor was set-up at the front of the room and then the photo booth was placed at the back.
When the guests were called back into the room where they had only been sitting an hour before for the ceremony they could not believe the transformation. The floor was left switched off and so when the twinkles came on during the first dance the guests were ‘wowed’ all over again.

Later on in the evening I attended the photo booth, what can I say, these guests were definitely up for a good time! The booth, barely open, full of guests and more crowding round to have a go! One thing is for sure, my 3 hours went by very quickly! The guests were impressed by the personalised prints that our designer Jack had put together for the couple. With a Mr Men theme, for the new Mr and Mr, I think they look brilliant.

At the end of the night John and I packed down all of the equipment as the final guests made their way out to the bus provided by the grooms. Although a very long day, it was brilliant and a venue that we will never forget!